According to a report released Ministry of Trade and Industry (MTI) earlier this year, the overall labour productivity (as measured by real value-added per actual hour worked) increased by 4.5 per cent in 2017, up from the 1.8 per cent growth recorded in the previous year.

It may just seem that this stark improvement in labour productivity growth is a reflection on how industries have successfully been transforming in their journey of productivity development.

Over the years, the emphasis on productivity has been enhanced significantly in no small part due to evolution of Singapore’s economy from a manpower driven to a productivity driven economy.

Two key reasons why this has been the trend. First, the disruptive change that technology has introduced to the global economy meant that jobs have been evolving faster than ever, and many workers, or even industries found themselves playing catch up. Second, the small workforce in Singapore due to a shrinking and ageing population, coupled with tightening regulations on foreign labour policies.

Hence, with a slower growth in terms of labour pool, it is critical for businesses to maximize the potential of its existing resources, both in terms of infrastructure and labour.

The Singapore government’s answer to raise productivity growth was reemphasized by the introduction of the Industry Transformation Maps (ITMs) in 2016, which was a part of a S$4.5 billion Industry Transformation Programme developed for 23 industries. As part of this programme, there have been various drives to integrate productivity improvement, skills development, innovation and internationalization across the sectors.

To elaborate, productivity improvement can be broken down into a two-pronged approach: supporting businesses to evolve towards providing higher value-added activities and raising operational excellency. These two approaches are intrinsically interlinked; the high value-added activities cannot be produced without the upgrading of the operational infrastructure and vice versa. 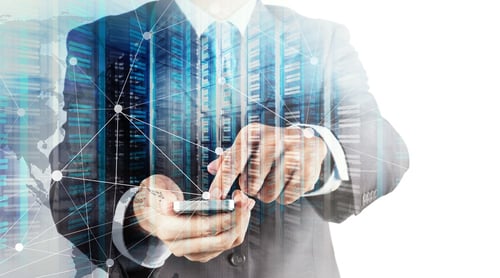 The drive towards being a provider of higher value-added activities has always been something that Singapore has been historically familiar with. From our early days of labour-intensive manufacturing assemblies in the 1960s, to becoming a champion of automation and innovation via the Smart Nation initiative, all these efforts point towards the country’s constant drive to constantly reach new heights of productivity.

The WorkforceOptimizer blog provides thought pieces on the challenges, solutions and happenings in the workplace. Subscribe below for weekly updates.